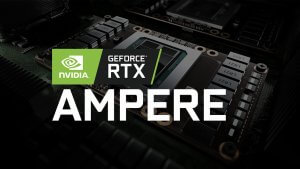 Nvidia announced today that its RTX 30-series graphics cards will come to mobile laptops at the end of January. They made the announcement during their presentation at the Consumer Electronics Show.

The news comes as many potential buyers have been unable to get their hands on the RTX 30-series GPUs due to low stock everywhere. That applies to both the Founders Edition and third party GPUs using Nvidia’s ‘Ampere’ architecture.

At CES, Nvidia called the upcoming launch its biggest laptop launch ever. Over 70 different VR-ready laptops from all manufacturers are in on the launch.

The company is making bold performance claims, saying that the RTX 3060 $999 options are more powerful than the PlayStation 5 or previous RTX 2080 SUPER laptops which launched at $2000.

We will have information on how to buy these laptops in our Nvidia 30-series guide. You can also sign up to be notified through Nvidia’s website.

Ryan researches and provides new content to the website. He has written over 2,000 blog posts for various websites around the internet. Ryan is an avid traveller and sports fan. His favorite VR headset is the Oculus Quest 2 and he has played over 75% of all Quest games ever released.