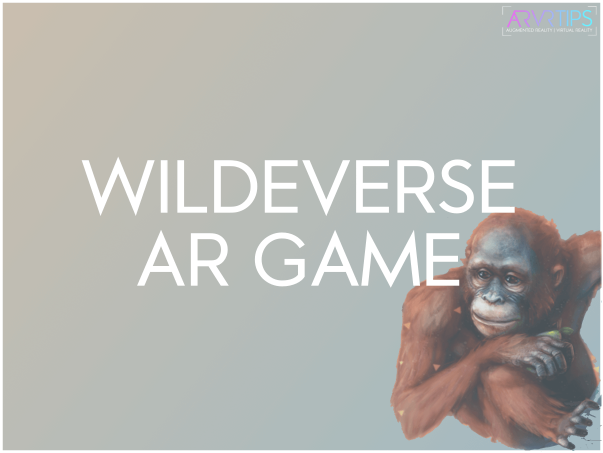 Wildeverse is an awesome augmented reality game that has you exploring the jungle virtually in order to find clues and save apes. The team behind the game optimized Wildeverse so that it could be played indoors during the COVID-19 pandemic.

So if you are feeling a little restless indoors, this is a perfect augmented reality game to immerse yourself in.

Below we’ll go through the entire game and give our review.

Wildeverse is an augmented reality game that has you helping scientists to discover and save wild apes. Through a storyline that spans over 70 missions, you discover, meet, and help different animals.

Augmented reality transforms your surroundings into the jungle, where you explore and use your phone to track and find clues in order to complete missions.

During the game, you communication back and forth with different scientists who are exploring wild apes in their natural habitat. They’ve discovered a way to bring each jungle into your home or neighborhood via augmented reality.

Wildeverse was created in collaboration with Borneo Nature Foundation and Goualougo Triangle Ape Project, two organizations at the forefront of science and protection of rainforests in Africa and Asia.

Wildeverse is one of the best story-driven augmented reality games we’ve ever played. There are a ton of great features and the game is easy to pick up and play.

You can download Wildeverse from both the iOS app store and Google Play Store!

The game has a ton of nice features:

Wildeverse is a great introduction to augmented reality. If you are interested in checking the game out, below we will help you install the game and walk you through how to get started with the game.

How to Install the Wildeverse AR Game

Click here to open either the iOS app store or Google Play Store, depending on what kind of phone you have.

If you have trouble installing the game, make sure that your device is ARCore/ARKit compatible.

The AR app will appear on your home screen

How to Play Wildeverse AR

The first time you launch the app, you’ll have to enter in your name and agree to the terms and conditions. After that, you’ll be presented with the main screen of the app. It’s a mock text message app where a scientist named Amyra introduces herself.

You start the game off in a forest on the island of Borneo, in Indonesia. Amyra explains that her team has created an augmented reality experience that brings Borneo into your home surroundings. To test out the technology, you’ll have to visit Borneo and see if you can find any signs of a wild ape.

When you are ready, you click on Enter Wildeverse to begin the game’s coolest part in AR.

The first time you play the game, this is the point where you’ll have to allow the game access to your camera. You’ll get one final warning to be aware of your surroundings when using augmented reality. Then you click on I’m Ready to begin.

Next, you’ll use your camera to look around your surroundings. A jungle will be superimposed in to your room and you’ll be able to do some exploring.

Eventually, you’ll find an object laying on the floor which will complete the mission and carry the story forward.

As you progress through the story, you’ll have to find different objects and clues to advance the story. With over 70 different missions, there is enough to keep you busy during the pandemic for a while!

Overall, Wildeverse is one of the most well done augmented reality games available today. Even better is how optimized it is to play during these pandemic times.

The development team behind the game, Internet of Elephants, promises a number of new features coming soon:

Go and check out Wildeverse for FREE in the iOS and Android app stores now.

If you’ve checked out the game, comment below and let us know what you think!