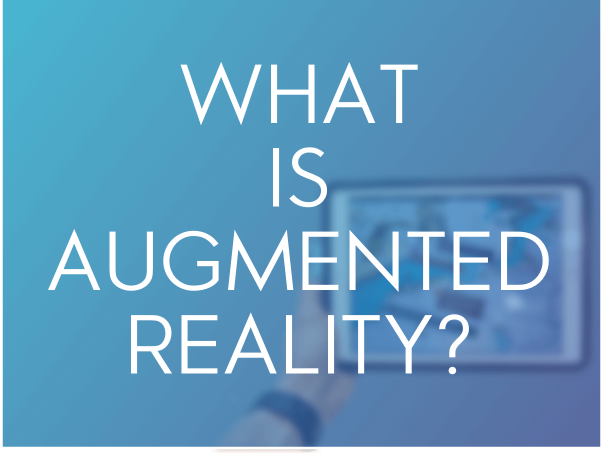 The guide below is an introduction to AR to help get you started. Our entire website is dedicated to practical uses for AR so go and check that out next.

What is Augmented Reality?

Augmented Reality is the blending together of the real world environment with the virtual world. To bring the virtual world into view, you need a camera and a screen to create augmented reality.

The most common device for AR is your smart phone. There are many augmented reality apps which use your camera to overlay virtual features on to your screen.

Augmented Reality use exploded for regular consumers back in 2016 with the popularity of the Pokemon Go app, so it is a good example to use.

As you can see above, your camera shows your real world surroundings. The Pokemon Go game overlays Pikachu into the grass and adds buttons in the corner for taking actions in the game. This blending of the real world with the digital world is augmented reality.

And this example is just one of many practical uses which we’ll outline below!

What is AR Used For?

Augmented reality has many uses and new applications are coming out daily. Traditionally, AR was used by the military and in movies to display heads up display (HUD) information on combat glasses or screens. It was not available to regular people due to high cost and limited computing power.

Today, augmented reality is used in or being developed for a number of industries:

In the medical field, augmented reality can help doctors practice complex surgeries in a digital environment by displaying live organs and body parts over top of test dummies.

In school, AR can be used to display and teach concepts on a chalkboard digitally.

Many games are being developed with AR, showing digital worlds on your tabletop through your phone’s camera.

In the shopping and retail areas, augmented reality can place furniture digitally in your living room or show you how a piece of clothing looks on your before you buy it.

Social media apps like Snapchat and Instagram have come out with AR filters, which detect the shape of your face and overlay different hairstyles, clothing, and accessories.

To try out some real world AR examples, check out the section below.

Compared to virtual reality which aims to physically place you inside of a digital world, augmented reality implements digital features into the real world.

One other advantage of augmented reality vs virtual reality is that it has better application in real world situations. A virtual reality headset allows you to immerse yourself in a digital world. VR arcades and games are very popular.

By contrast, augmented reality is a better application for real life situations. With a pair of augmented glasses (which look like regular glasses), a person could see instantaneous data such as their body temperature, heart rate, GPS of their surroundings, and more.

Like we mentioned before, augmented reality has use in a number of industries including medical, educational, entertainment, retail, and shopping. Here are some of the most popular examples of AR use:

In addition, our home page focuses on augmented reality solutions, hardware, and devices to purchase that utilize this technology.

Does this help you understand what is augmented reality? Expect AR to become more and more mainstream over the next few years as new use cases are found.

What is your favorite use of augmented reality? Comment below and let us know!