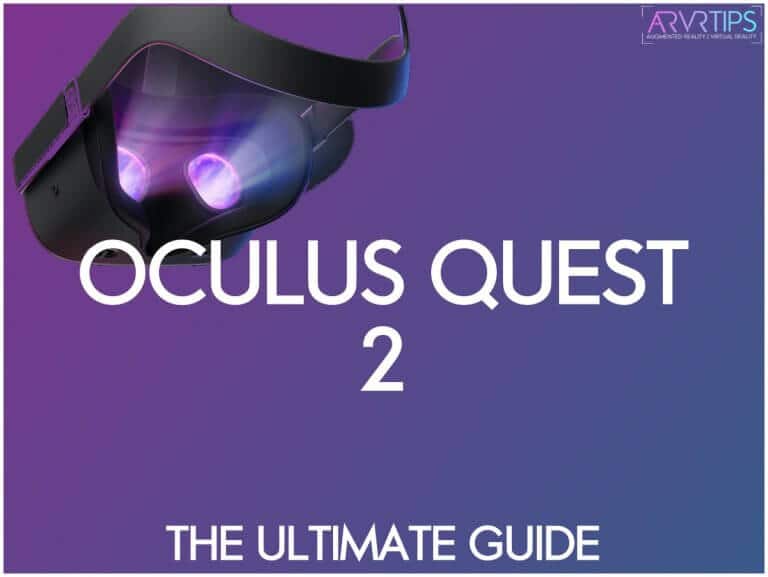 Come learn everything there is to know about the Oculus Quest 2 in this guide! When is it coming out? What features will it have? What is Facebook and Oculus working on next?

We’ve compiled every news, rumour, and fact about the upcoming Quest 2.

If we’ve missed anything, just comment down below and we’ll get you the answers!

Want to know as soon as any new information about the Oculus Quest 2 is announced? Sign up for our mailing list below and we will email you as soon as there is more news.

July 25th: Picture of the upcoming Oculus Quest 2 have been leaked! Check out the new white design of the device below. Until an official announcement is made, take these picture with a grain of salt. It could also be an alternative device such as an upgraded Oculus Go or Quest-lite.

The reason why some users believe this is a Quest-lite or Quest S is because of the lack of same features. There doesn’t appear to be an IPD adjustment option on this headset. As well, the head straps on the headset look to be a cheaper quality similar to the Oculus Go.

Take a look below and see for yourself.

Will There Be an Oculus Quest 2?

YES, there will definitely be an Oculus Quest 2. This is 100% fact.

Oculus has been reviewing user feedback and has had a new standalone Android headset in development since early 2020. In March, Oculus quietly updated their documentation to reference a new VR headset with the code name “Del Mar“. All previous Oculus headsets and accessories started with code names corresponding to California cities, towns, and beaches.

In addition to references to the Del Mar headset, documentation referenced a brand new “Jedi” controller for the device as well.

The Oculus Quest 1 is the number one fastest selling VR headset of all time. It’s common sense that Oculus will capitalize on its popularity to add new features and release an update version.

When Will the Oculus Quest 2 Be Released?

Oculus Connect 7 takes place at the end of September.

The only wrinkle this year is that Oculus has announced that its Connect event will be digital only due to the ongoing COVID-19 pandemic. Without a large live media presence, how does this effect the announcement of a new Oculus Quest 2? Nobody knows for sure, but this is something worth watching.

If the Quest 2 is announced at the Connect event at the end of September, you can bet on an Oculus Quest 2 release date in November 2020. This is the perfect time to capitalize on the holiday shopping season.

When it is announced, you’ll be able to buy the Oculus Quest 2 on the official website and Amazon.

Here are some pictures of the upcoming Oculus Quest 2 headset!

There are a few features in the new Oculus Quest 2 headset that are confirmed thanks to some production and procurement leaks from Facebook’s supply chain. A few other features are suspected based on some rumors. We’ll break everything down below.

Some of the Oculus Quest 2 features we expect to see are:

A Bloomberg report on the new Oculus Del Mar mentions that it is 10 or 15% smaller than the current Oculus Quest 1. This is great news, since some fans have complained about the larger size of the Quest verses the original Rift.

The original Oculus Rift weighed 470 grams verses the Quest’s 571 grams. A 15% reduction in size and weight would put the Quest at 480 grams, much closer to the weight of the original VR headset.

The processor on the Oculus Quest 1 is the Qualcomm Snapdragon 835, which was announced in 2016 and released in phones in 2017. While not officially confirmed in any capacity yet, you can bet that the Oculus Quest 2 will have an updated processor in it.

Fans loved the addition of hand tracking on the Oculus Quest. The ability to control everything without holding a VR controller in your hands is awesome and is the future of VR.

We suspect that Oculus will improve the accuracy of hand tracking further on the new Quest headset. This can be done by adding more external-facing cameras to track hand movement or dedicating a separate processor towards tracking hand movement. Whatever the solution is, you can expect hand tracking to be a major feature on the new headset.

The documentation for the new Quest controllers indicate a few features that fans will love. For starters, the tracking rate appears to be doubled from 30 Hz to 60 Hz. This will reduce latency and improve the accuracy of movement on the controllers.

Also, there is reference to a new accelerometer and gyroscope which will help with motion and orientation of the controllers. Not confirmed in the new documentation was improved capacitive touch which would allow for full 5 finger control ability.

At a best case scenario of 2 hours, the battery on the original Oculus Quest is JUST good enough for extended play. Near the top of the wish list from fans is a longer battery life on the Oculus Quest 2.

This might contradict the report about the lighter size since the battery weighs so much, but there is hope. Even an improvement to 3 hours consistently would welcomed by fans. The new Snapdragon processors are more battery-efficient, so there is hope.

The Bloomberg report mentions that the new Oculus Del Mar (Quest 2) headset has a few different materials than the first generation. The fabric on the side of the headset has been removed in favor of plastic like the original Rift.

As well, the velcro and rubber straps on the device have been replaced in favor of a more elastic material. This should make wearing the headset more comfortable in general.

As the popularity of the Quest has soared, the availability of the hardware has become an issue. For most of the COVID-19 pandemic, the Oculus Quest has been in and out of stock.

Reports out of the Oculus procurement process suggest that the Oculus Quest 2 could be manufactured starting in August 2020. This should give some time for Oculus to produce units in quantity for launch day. It is hard to keep the device in stock while Oculus is manufacturing two different devices. Switching focus completely to the Oculus Quest 2 should improve availability in 2021.

Oculus Link was a game changer for the Quest when support was added in late 2019. The feature allows you to tether your Quest to your PC and play any PCVR games from the SteamVR or Oculus Rift store. Oculus Link powers each game from your PC and uses the Quest as a simple display headset.

Oculus Link has worked out great in terms of quality and smoothness. If the display on the Quest 2 is improved greatly and the refresh rate increased, it may prompt Oculus to discontinue the Rift altogether.

What would you like to see in the new Oculus Quest 2? Join our mailing list below and we’ll let you know as soon as more information about the new Quest VR headset is released!