Do you have an HTC Vive VR headset? Are you looking to buy one but you keep reading about these base stations and aren’t sure what to think? In this guide, we’ll go over the Vive base stations and how to set them up properly for maximum reliability.

New or replacement Vive base stations (1.0) can be purchased from the official website or from Amazon.

Version 2.0 base stations can be purchased from the official website or from Amazon as well.

What are Vive Base Stations

The Vive base station’s job is to constantly track the location and movement of an HTC Vive headset and its controllers. It communicates this location with your VR games so that you can have the smoothest and most accurate experience.

Base stations can be connected together for maximum accuracy or placed wirelessly in a room.

The base stations allow an HTC headset to have higher accuracy than its rivals. It’s one of the reasons many VR arcades and commercial places use the Vive.

How to Properly Setup Vive Base Stations

Learn how to quickly setup your Vive base stations accurately and in good position to minimize latency, lag, and jitter in your VR games. 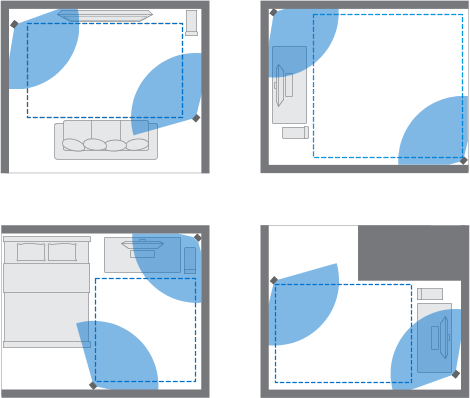 A proper virtual reality room scale is a minimum of 6.5 feet by 5 feet. Your Vive base stations should be mounted diagonally from each other and above head height (higher than 6 feet 6 inches tall).

Mount Your Base Stations

Mount your base stations in their chosen position. Use the supplied mounting kit if necessary or you can place them on a solid surface.

Plug In Your Base Stations and Set Each Channel 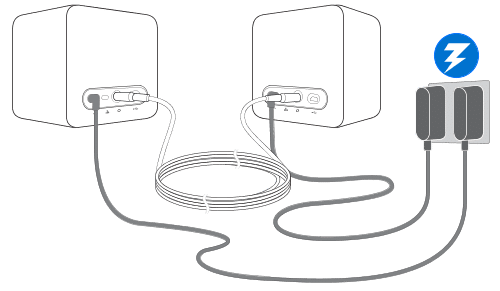 Set Up Your Room-Scale Area

In SteamVR, you click the hamburger menu (three horizontal lines) and then go to Room Setup > Room-scale. Follow the instructions on the screen to setup your room.

Setup is really that simple!

Below are some of the most common questions that people have about the Vive base stations. If you have any other questions you’d like us to answer, comment down at the bottom and we will let everyone know.

Are Vive Base Stations Mandatory?

At least one base station must be plugged in and working in order for your HTC VR headset to work. If you are not worried about tracking or accuracy, you can place a single base station pointing at you. Serious players should always use the dual base station setup for increased accuracy.

When you are only using one base station, make sure that it is set to channel A.

Base stations can be setup in one of three different channels: A, B, and C. If you aren’t aware, this can be a little confusing for some users.

In a 1 station setup, you can be setup in channel A or channel B. In this case, it is preferred that you use channel A. Channel A runs at 60Hz in a one station setup while channel B runs at 30Hz. Hertz (Hz) is the frequency that your base station scans your room each second, so channel A will give you faster scanning.

Other than price, here is how the two compare.

For regular users, there is not a lot of difference between the two base stations. If you have set them up properly at the right distance and height, 1.0 Vive base stations are just as accurate as the new version. 2.0 base stations do not require a direct line of site with each other thanks to its laser sweep sync method. So, 2.0 base stations can be placed nearly anywhere in your room.

The 2.0 model has some nicer perks for commercial applications and VR arcades that may want increased accuracy and a huge room area.

What other Vive base station questions do you have? Comment below and we will do our best to answer them for you.

Ryan researches and provides new content to the website. He has written over 2,000 blog posts for various websites around the internet. Ryan is an avid traveller and sports fan. His favorite VR headset is the Oculus Quest 2 and he has played over 75% of all Quest games ever released.