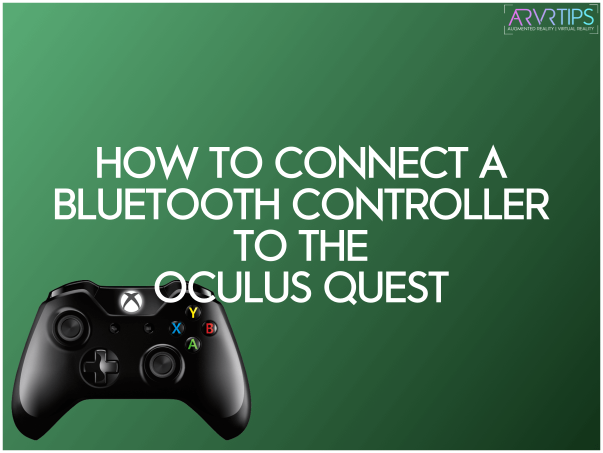 In this guide, we show you how to connect a Bluetooth controller to an Oculus Quest so that you can play games and navigate with a gamepad. We have info on pairing your Xbox One S controller to the Oculus Quest along with other compatible Bluetooth gamepads and keyboards that work.

Do you have a list of all compatible controllers that work with the Oculus Quest?

Why would you want to use a controller on your Oculus Quest you say?

We have all your answers below!

Why Would You Want to Connect a Bluetooth Controller to the Oculus Quest?

There are a few reasons you might want to use a Bluetooth controller or keyboard instead of the Touch Controllers while wearing your Oculus Quest VR headset.

The Oculus Quest runs on an Android based operating system. This means that (in theory), you can sideload any Android APK game or app on the Quest. The issue with this is that some games do not work with your touch controllers because they were never made for VR.

To play these games, you simply pair your Bluetooth controller with your Quest headset and then you can non-VR games easily. Or, you can use a Bluetooth keyboard which is also popular for playing PC games.

Retro game emulators are popular on Android devices. They allow you to play classic Nintendo, Sega, and arcade games from your childhood. Since none of these games work in VR, a lot of players like using their Xbox One S controller or other gamepad to play.

The touch controllers can be a paid to use when you are sitting down at a table or couch. You have to hold them at your sides and interaction isn’t as natural. If you are playing something casual where motion isn’t required, then a gamepad can make it seem like a more traditional experience.

Also, a lot of users sit down when they watch media in VR. In this case, a gamepad might be quicker to get setup.

Best Compatible Bluetooth Controllers That Work with the Oculus Quest

Officially, Oculus says that any Bluetooth 3.0 class 2 gamepads will connect and work with the Quest VR headset. However, things aren’t that simple. A PS4 controller falls into this category, but it does not work at all when connected.

The Quest operating system is based on Android 7. Officially, PS4 (and Nintendo Switch) controllers only work on Android 9 devices. Unfortunately you can’t use these gamepads yet.

Other controllers also have problem with input latency where you press a button and it does not immediately register in your headset. Others have mismatched button schemes that either don’t work or are semi-functional.

Here are a bunch of gamepads that are confirmed to work great paired with the Oculus Quest:

If you have a different Bluetooth controller or keyboard, you can still try to connect it with the instructions below. If this works great, make sure to comment down at the bottom of the post and help others other.

How to Connect Bluetooth Controller to the Oculus Quest

In this guide, we’ll show you how to connect a Bluetooth controller, such as an Xbox, Steel Series, or 8BitDo gamepad, to your Oculus Quest. 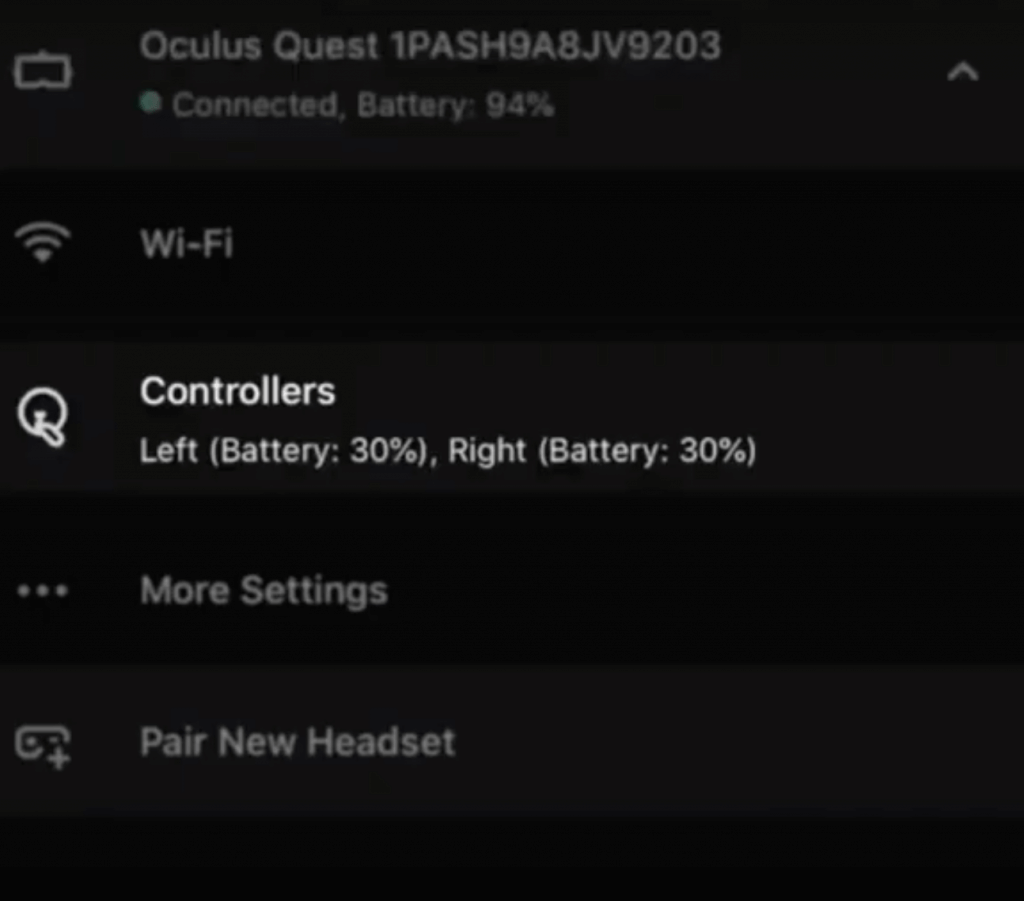 To pair a Bluetooth controller with your Oculus Quest, you actually do most of the work from your connected Oculus app on your phone. Open it up and click on the Settings (cog wheel) in the button right corner to open your connected Quest’s information. 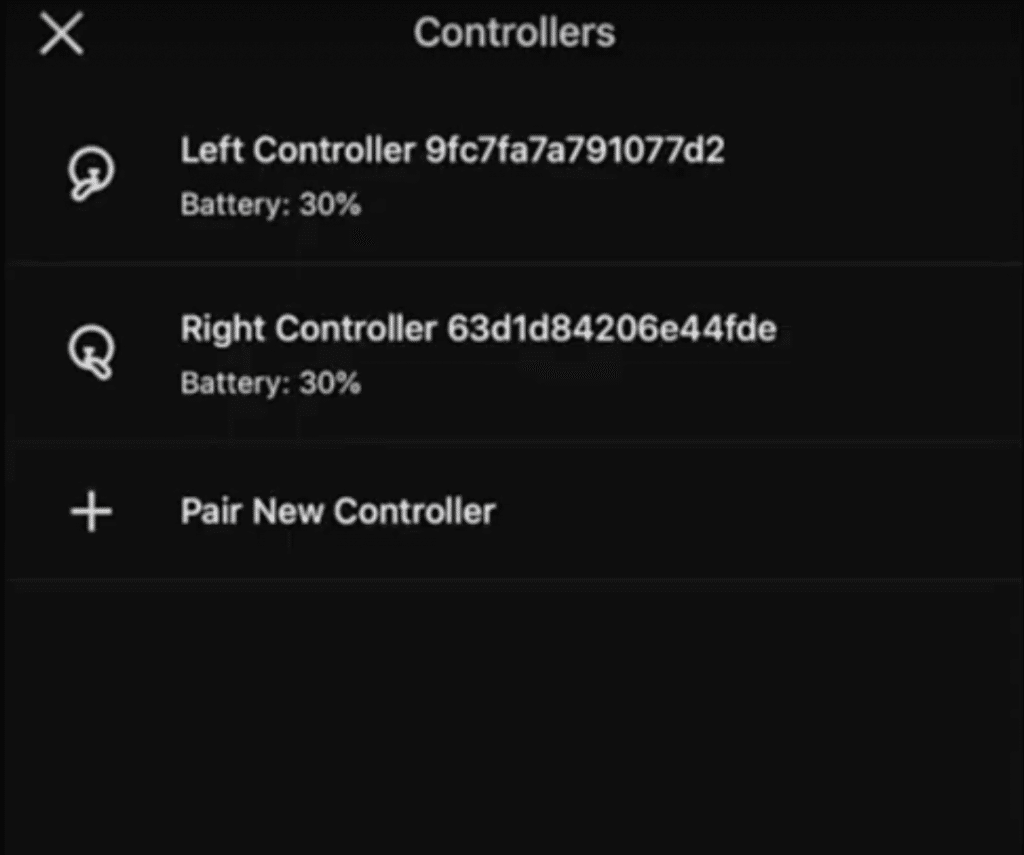 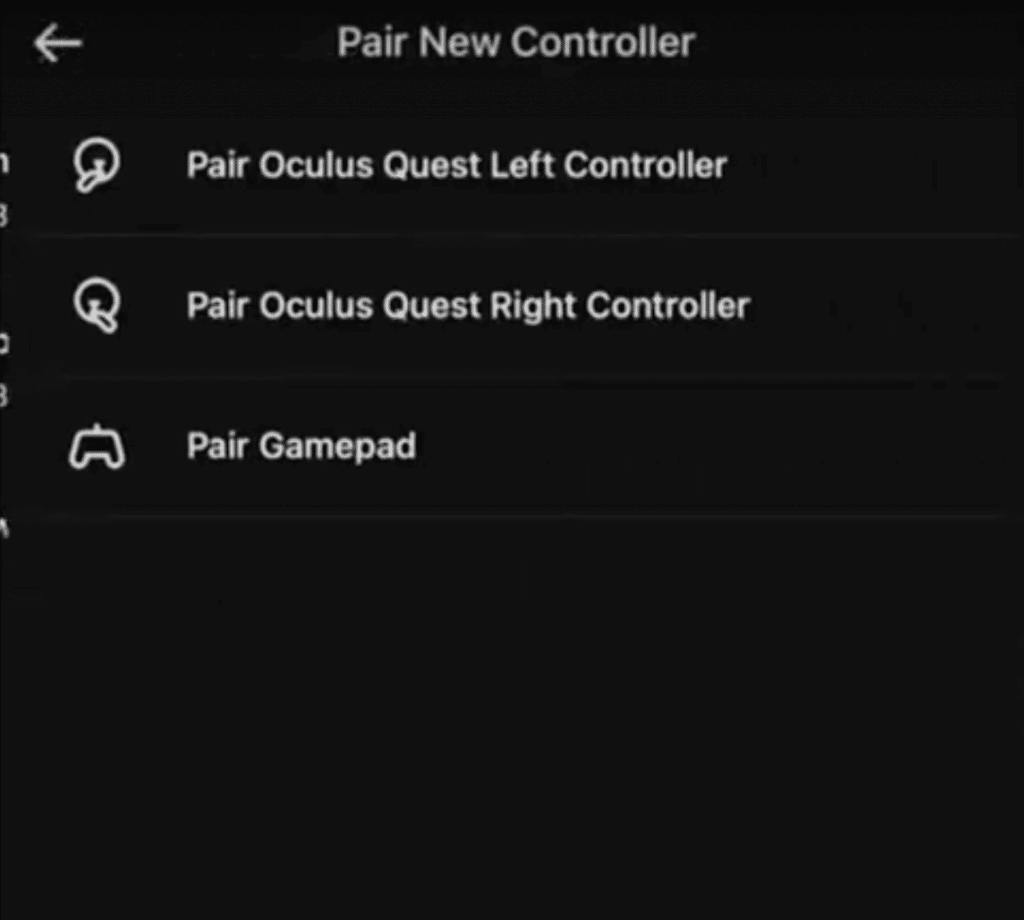 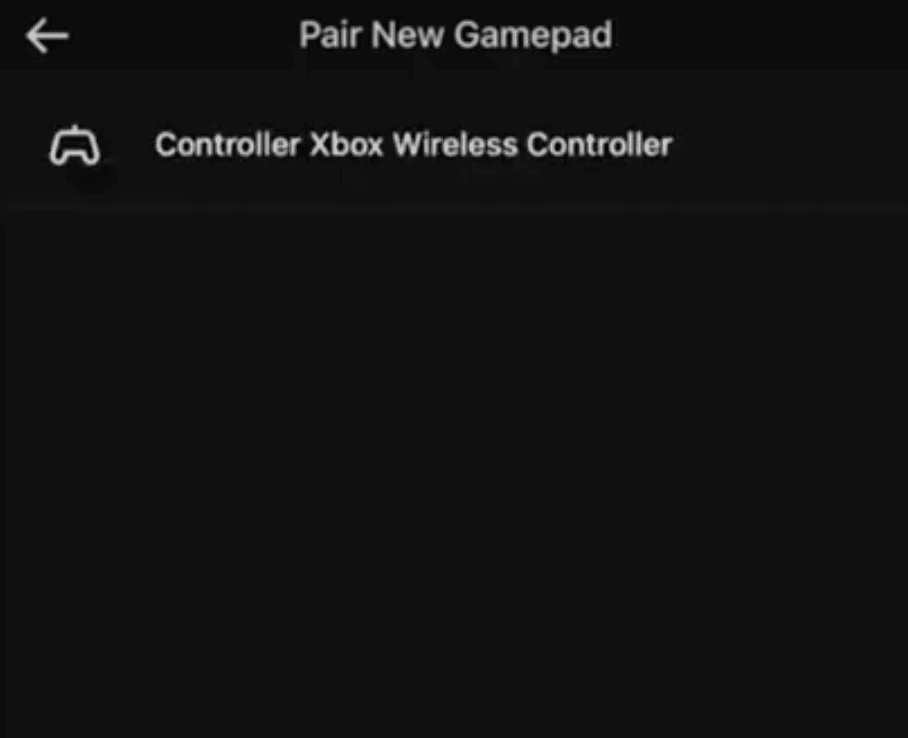 Make sure your Bluetooth controller is turned on and is in pairing mode where it is looking to make a connection. If it is right, it will show up in the list on your Oculus app. Tap your controller to connect it to your Oculus Quest. 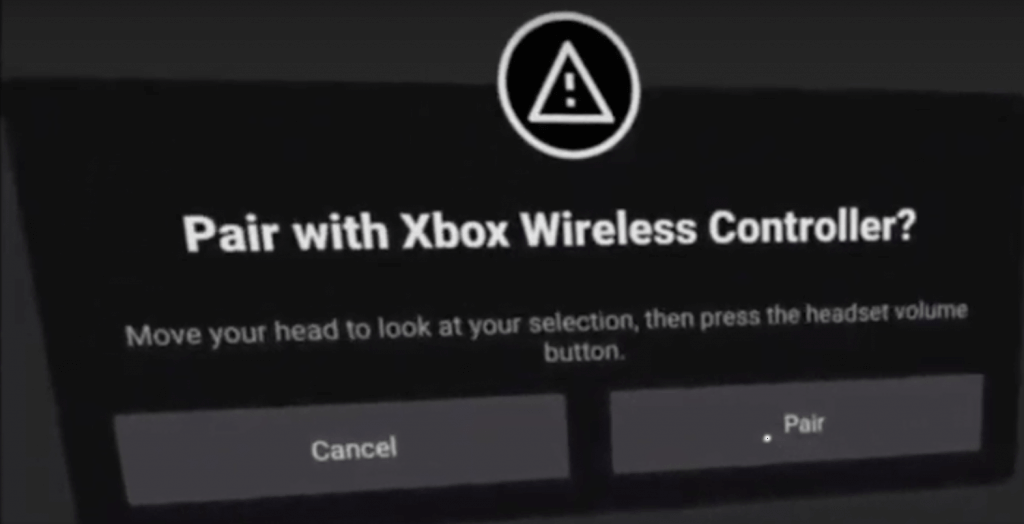 To finalize your pairing, put your Oculus Quest VR headset back on your head. You should see a popup notification asking if you want to pair your headset with the gamepad. Select Pair to complete the pairing process.

And that’s all your need to pair a Bluetooth controller with the Quest. You should be able to navigate through the menus on your Quest with the gamepad instead of the Touch controllers.

Use Virtual Desktop or Bigscreen VR

Both Virtual Desktop and Bigscreen VR for the Oculus Quest come included with additional drivers that support external bluetooth controllers and game pads. For this reason, a lot of users prefer to play PC games and emulators off of their PC and then use one of these remote desktop applications to display the game in your headset.

Even better is that there are ways to minimize and eliminate latency in remote desktop apps so that you don’t notice a thing on the Quest.

Once you have Virtual Desktop or Bigscreen VR installed, you can setup and configure your gamepad in the settings menu. You’ll be able to select your device, change the mapping of keys, and optimize settings for your solution.

Don’t put away your touch controllers in favor of your controller or keyboard too fast. A lot of users report that navigating within the Oculus home interface is a big pain. It’s better to use your Touch Controllers for this and then switch to your controller when you launch a game to play.

One app that is compatible with your gamepad is the Oculus Browser though, so that’s cool.

And with that, you should now be on your way to pairing a gamepad with your Quest.

What is your favorite Bluetooth controller to connect to the Oculus Quest? Comment below and let us know!