Ryan William | Updated on January 7, 2023May 19, 2021
We’re reader-supported. When you buy through links on our site, we may earn an affiliate commission.

As well, we have facts and statistics on:

and a lot more!

All of these cards are getting serious consideration for our best GPUs for VR guide.

Comment down at the bottom of this guide and let us know which RTX series card you are going to use for VR.

The RTX 3090 card replaces the Nvidia Titan RTX card to bring three models into the base RTX series. These cards are the direct competitors to AMD’s Big Navi series, half of which (6800 and 6900 XT) were announced in the fall of 2020 and the other half set for early 2021.

A breakdown of special features included in the upcoming graphics cards 2020 cards is below.

Ray tracing (RT) allows light to be rendered in real-time in games. It adds an unprecedented accuracy to video games and was a big deal when it was announced.

The 2020 RTX specs show second generation RT cores. During the release of the chips, Nvidia previewed ray tracing on a number of VR-ready games such as Fortnite, Minecraft, and more. If you are a serious virtual reality gamer, then ray tracing coming to your headset is a big deal.

Tensor cores are special types of processing cores that do deep learning and artificial intelligence. They allow for faster computation and better graphics rendering.

You’ll want to make sure that your card is compatible with the PCIe power connection on your PC because they appear to vary by default:

Nvidia will include a dual 8-pin to standard single 12-pin connector with each card, so pay attention and make sure. Custom models of the card may also go back to a more standardized connection.

On November 30th, 2020, Nvidia announced abruptly that they would be releasing the RTX 3060 Ti graphics card. Aimed at the lower price point of all of their cards, Nvidia made some bold claims about the card:

A teraflop (TFOPS) is a calculation referring to the capability of a processor to calculate one trillion floating-point operations per second. It is a general representation of the speed and processing power of a graphics card. There are three different processors in a graphics card: Programmable shaders, ray-tracing (RT) cores, and tensor cores.

Since VR games require a lot of operations to render the game on your computer and your headset, teraflops are very important. This is one area between the RTX 3060 vs 3070 vs 3080 vs 3090 for VR that is worth considering paying extra for.

Nvidia works with a handful of certified board partners such as Zotac, XFX and more. who package the chips on a custom board. Below are direct links to purchase these boards.

If you know somewhere else to buy the new RTX chips, comment down at the bottom of this guide!

Check out the RTX cards you can buy right now on Amazon below. If you click the Buy on Amazon link and the card is out of stock, click the Notify Me button on the right side to get an email the second it comes back in stock! 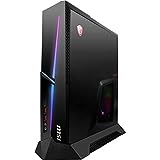 The following pre-built gaming PCs with the RTX 3080 included are available:

The following pre-buit gaming PCs with the RTX 3090 included are available: 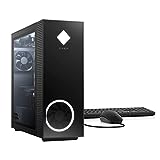 Not sure which card is right for you? Check out our complete breakdown of features below!

Nvidia promises that the RTX 3060 performs as well as last year’s 2080 TI model, which retails still up over $1000. This large price savings is a big reason why a lot of VR gamers will be upgrading this year.

The release date of the new RTX 30-series GPU cards are:

The release dates above are for third party graphics cards. Nvidia will be releasing a Founders Edition for all cards at a later date with optimized specs.

The GPU is the physical silicone board that all of the components sit on. The models of GPU in the new cards are as follows:

All four Ampere GPU models use a 8 nanometer production process.

CUDA cores are a fancy term for the computing power of the chip. CUDA cores work in parallel to render graphics on your display. The more you have, the faster and higher process power your chip has. Nvidia’s CUDA cores is equivalent to AMD’s stream processors and are the following on the new chips:

The memory is responsible for storing all the graphical information. This information is shown on the output screen. Higher memory helps the card perform at high levels. This is a main factor to consider when buying a VR-ready GPU.

The memory in each of Nvidia’s new GeForce RTX cards are:

Immediately noticeable is the extra 14GB included in the flagship GeForce RTX 3090. This is cause for most of the price increase for this card.

The GPU memory measures millions of cycles per second. The higher clock rate you have, the higher the number of pixels that can be processed by the graphics processor every second.

The memory clock rate on the new RTX cards are:

Boost clock is the overclocking speed of the device. When a graphics card notices that power and temperature have extra room from their upper limits, it automatically overclocks itself to add more performance. The boost clock for the new Nvidia RTX cards are:

Boost clock isn’t too much to be concerned about when looking for a VR-ready GPU. The difference between the models is minimal and not something you will notice.

As expected, the 3090 has maximum bandwidth, the most on any graphics card ever.

TGP stands for Total Graphics Power. Higher power output means higher temperature output, which requires extra cooling of the card and more fans. The TGP of the RTX 3060 vs 3070 vs 3080 vs 3090 are as follows:

Thanks to Babel Tech Reviews, we’ve included VR benchmark ratings for the new Nvidia RTX cards below! These benchmarks play the same top VR games on the same computer with different GPUs. A few different specifications are looked at, including:

Synthetic frames are “fake” images created by your GPU to help keep frame rates high and prevent motion sickness. These frames produce noticeable artifacts in the image. In VR, they are a bad thing and mean that your GPU can’t keep up.

For those looking to upgrade, let’s take a look at the VR benchmarks for the RTX 3070 vs last year’s RTX 2080 Ti. In the chart below, you can see a comparison of the FPS and other specs for 13 different games played on each card.

If you are trying to decide whether the upgrade to the RTX 3090 is worth the price, check out the VR benchmarks from Babel below.

Overall, the RTX 3090 is marginally better for VR gaming. However, the improvement is only slightly marginal for non-optimized games.

In future years, the RTX 3090’s extra power might be necessary, but this VR benchmark shows that there is not much difference today to justify the extra price.

So, which graphics cards should you buy for your new VR-ready computer? Well, even the 3070 has better performance in every category compared to the RTX 2070 and 2080. So if you can look past the shiny extra features of the 3080 vs 3090, then the 3070 is the best price for a nice improvement!

The RTX 3080 has extra memory and bandwidth which is valuable for gaming. It also comes with a third cooling fan which is a cost saver if you end up needing a third fan for your 3070 anyway. If you can afford the upgrade, these are key features that will keep this card fresh for the next 4+ years.

It will be hard for most to justify the cost of the flagship GeForce RTX 3090. It’s a gorgeous card at a commercial price point. If you do go for the 3090, make sure your setup is compatible with 12-pin power connectors!

The VR benchmarks for the RTX 3080 vs 3090 confirm that there is not much of a difference between the two in performance.

The biggest problem for all of these new GPU cards for VR is the stock. Nvidia and third party chip sellers have not shown that they have any measurable stock of these cards so far. If you can get your hands on one for MSRP price, then consider yourself lucky. We are keeping track of 3060 vs 3070 vs 3080 vs 3090 stock levels and are posting what is available back up at the top of this guide.

When will Founders Edition cards be released?

You can find links to buy the Founders Edition cards up at the top of this guide.

This question is subjective because all partners technically have the same GPU and core components on them. However, some do a better job of packaging the system over others. Brands that are frequently recommended are Asus, MSI, EVGA, and Gigabyte (source: Graphics Card Hub). Zotac, Galax, and PNY are mid-tier brands that have decent reviews at a lower price point usually.

The new RTX 3060 Ti beats last year’s RTX 2060 Ti in nearly every category. The biggest jump is in Tensor Cores, where it doubles its throughput.

If you are comparing the 3060 vs 3070 vs 3080 vs 3090 for VR, you want to know which specs are most important for you. The answer varies from person to person and there is no exact science. We like looking for high memory, bandwidth, and teraflops. These factors contribute to high quality graphics rendering that is fast.